Claim 1: Yoga Makes You Feel Good
True. One of the major reasons for yoga’s popularity—and perhaps why devotees are reluctant to critically assess the practice—is that yoga just makes people feel good.

Recent research is able to put that feeling in more technical terms. In 2005 a pair of comprehensive reviews of the research on yoga’s effects on anxiety and depression found that yoga helps moderate reactions to and perceptions of stress, as well as significantly lifting depression—especially for women. Yoga bumps up levels of the neurotransmitter GABA which both lifts mood and suppresses anxiety.

“Yoga calms everything down. It helps me remember to take a breath no matter what life throws at me,” says Heidi Kristoffer, certified yoga instructor at Strala Yoga in New York City.

Claim 2: Yoga is All the Cardio You Need
False. Anyone who’s ever left a yoga class soaked in sweat, breathing heavy, and walking funny the next day might find this hard to believe, but yoga doesn’t even meet minimum standards for aerobic exercise. In fact, even sun salutations, one of the more aerobically challenging yoga progressions, barely gets halfway to the American College of Sports Medicine’s baseline standard for aerobic exercise.

Claim 3: Yoga Can Help Prevent Heart Disease
True. Wait a minute. Yoga isn’t cardio, but it helps prevents heart disease? Sure does, just not the way you’d expect. While the exact mechanisms through which yoga helps aren’t understood, The Science of Yoga points to dozens of studies from around the world that show yoga lowers some of the most common risk factors for heart disease, including high blood pressure, high blood sugar, and atherosclerosis.

Claim 4: Yoga Will Help You Lose Weight
False. And true. The lithe appearance of the instructors and regulars at your average yoga class would suggest the practice turns you into a veritable calorie furnace. But one of the more surprising findings detailed in The Science of Yoga is that yoga actually decreases your metabolism. Broad recognizes that yoga may help people lose weight but that they do so despite the acute physiological effects of a yoga session.

“Yoga helps you lose weight because it changes how you think,” Kristoffer says. “When I first started practicing yoga, I was young, but I stopped partying so much because I wanted to feel good in [yoga] class. It makes you want to take care of your body and I hear that from my students all the time.”

Claim 5: Yoga Makes You More Flexible
True. This might seem like an obvious benefit of an activity non-devotees equate with “stretching.” But the active, engaged flexibility work done in yoga is a far cry from the casual reach for the toes one might do before a treadmill run. A 2010 study published in the Clinical Journal of Sports Medicine found that active stretching (where the muscle opposite the one being stretched is contracted, as is often the case in yoga poses) resulted in lasting, improved range of motion, while passive stretchers actually decreased their range of motion.

Claim 6: Yoga Can Make You Look and Feel Younger
True. Yoga shows promise not only in slowing down the aging process (by increasing DNA-protecting telomerase), but also in helping older adults deal with some of the most common age-related health woes.

Loren Fishman, M.D., yogi, and author of Yoga for Osteoporosis, is conducting a study to confirm his belief that yoga helps build stronger bones (stay tuned for that). Yoga may also help prevent fractures (often deadly for seniors) by improving balance and reducing the fear of falling. Yoga has also been shown to be an effective therapy for musculoskeletal pain and rheumatoid arthritis. 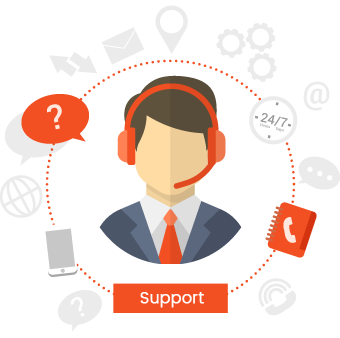